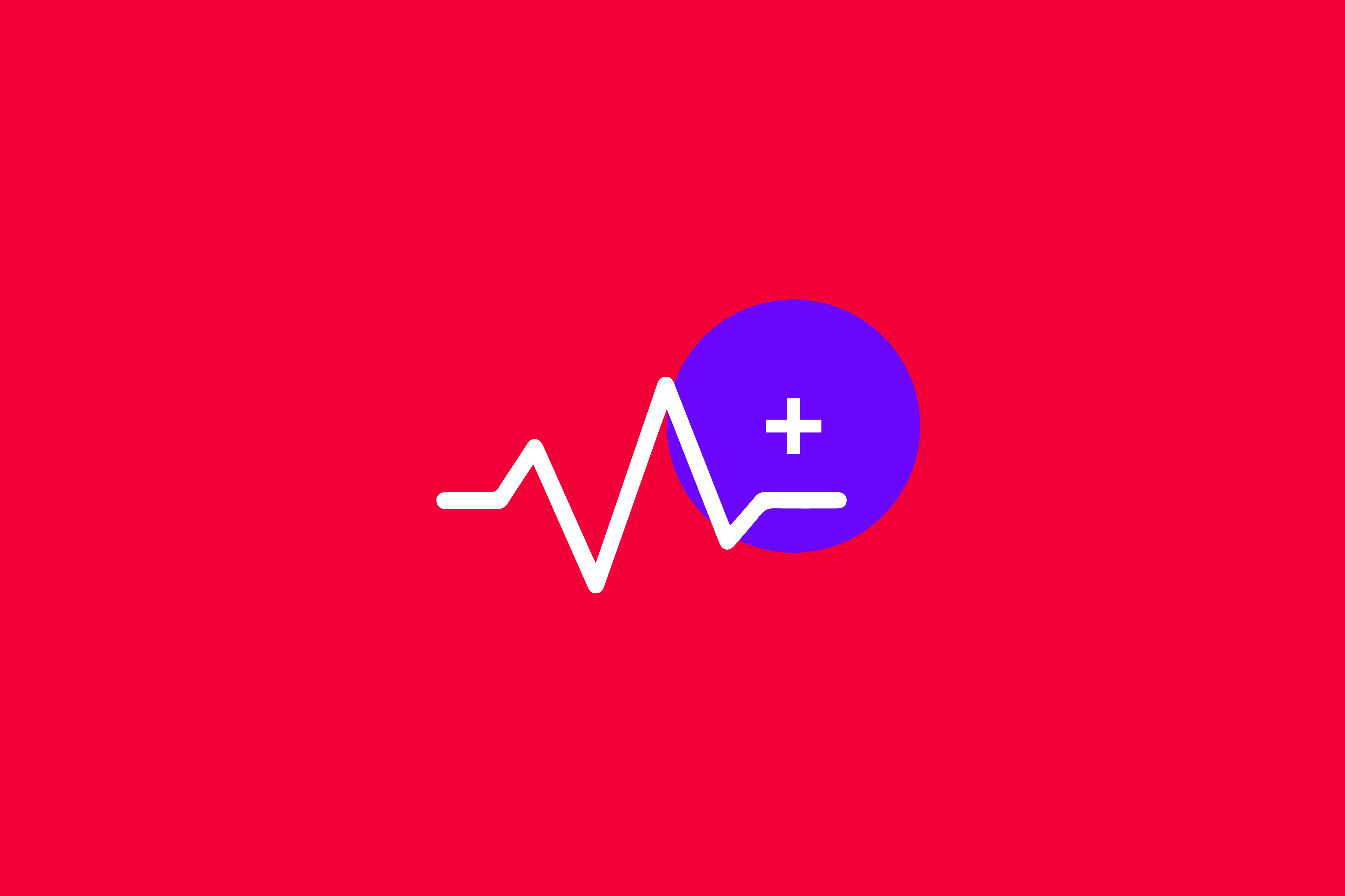 Our work in the world of financial services has led us to identify a fascinating new customer group, shaped by seismic shifts in the social and economic landscape over the last 10-15 years. This group, the ‘hassled hard-workers’, often have wealth on paper but are cash poor. Moreover, they have new, complex and evolving needs that are not well-served by their current bank, building society or insurer.

With the advent of open-banking and other related moves toward greater financial transparency, we believe that there are significant opportunities for ambitious marketers at the UK’s largest financial institutions to transform the customer experience for good.

Those institutions that commit to unleashing the potential of new legislation to solve consumer problems will be the winners of tomorrow. 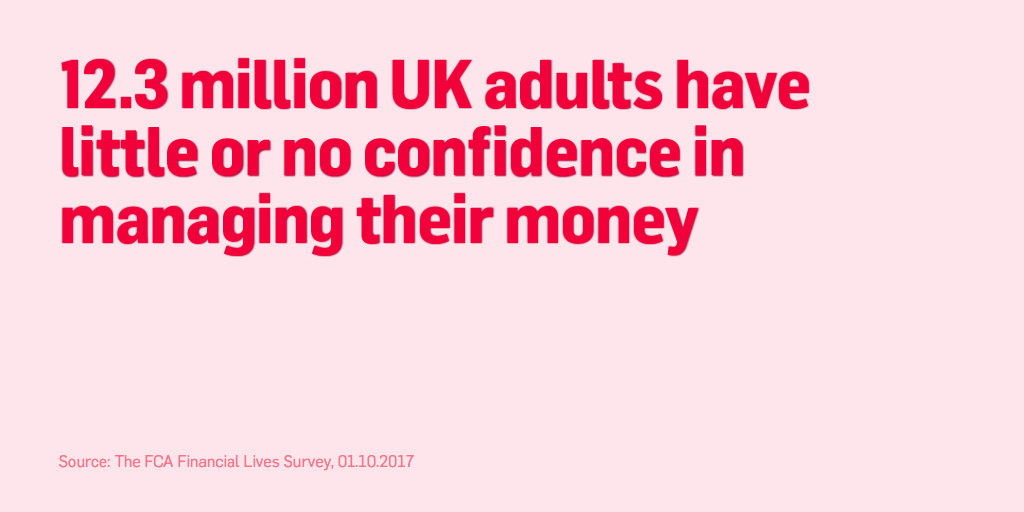 Who are the hassled hard workers?

Aged 35-55, hassled hard-workers have been shaped by seismic shifts in the world around them.

On paper, they can be relatively affluent– both in terms of income and wealth. Typically in their peak earning years, around two thirds are home owners[1] and they have benefited from buoyant house price inflation over the last few decades.

You’d think that this would make them more confident about their future financial health. However, on a day-to-day basis they admit to feeling financially stretched. Many fall into the ‘sandwich generation’: facing the dual burden of having an elderly parent as well as raising a young child or financially supporting an adult child. More than half of those in this situation (58%) state that the financial burden of supporting both their parents and children is preventing them leading the lifestyle they had planned and hoped for[2].

They find it difficult to plan for the future – not only because there isn’t much left over, but also because they have lived through an age of uncertainty. They’ve seen fundamental shifts in the nature of employment, the economy, Brexit, austerity and its consequent impact on social welfare and the NHS. This lack of certainty about what the future holds, combined with property equity, which acts as a psychological safety net, often leads to a lack of tangible planning for their financial future. More than half are saving less than 10% of their income for retirement[3] – and 47% are planning to use property to help finance it[4].

They often lack confidence in financial planning and are conservative when it comes to investing for the future. This is, after all, one of the age groups most likely to have experienced the ‘advice gap’ in the wake of the Retail Distribution Review. Over half (54%) don’t think much about retirement income but generally think it will work out OK in the end, whilst 51% are too busy worrying about day-to-day living costs to think about their retirement at all[5].

The result? Hassled hard workers have the lowest overall life optimism scores of any age group and are the most likely group to say they won’t achieve any of their 5 year goals[6]. They could do with a helping hand. 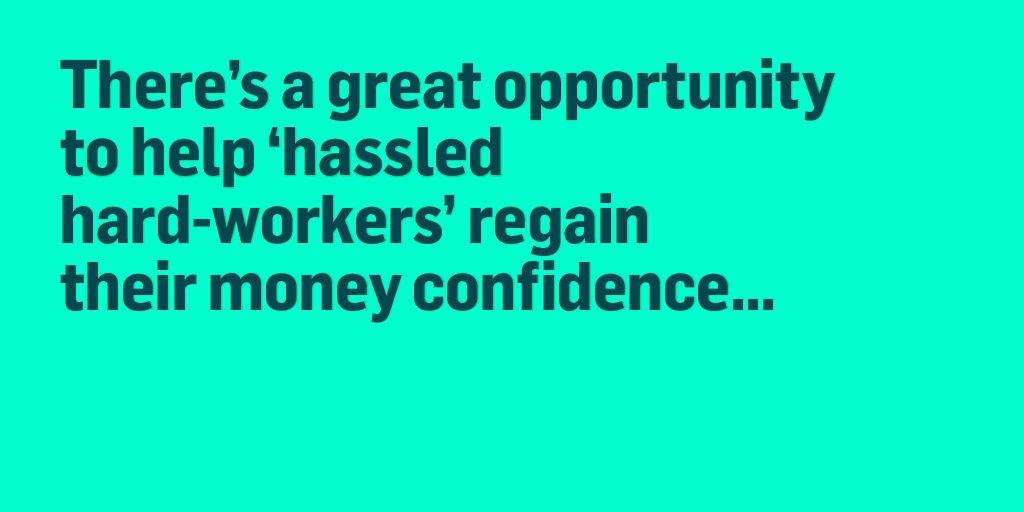 Open banking – an opportunity, not a threat

For the past 18 months, open banking has been feted as the glorious future of a dysfunctional sector – a revolution that will help us manage our money better, find the best deals, avoid overdraft charges and benefit from greater competition and better access to finance.

However, five UK banks missed the original deadline of January 13, 2018 and were granted more time to comply. And whilst many traditional players are talking a good game, there is a danger that open banking is being treated as a technical compliance challenge, rather than a true opportunity to revolutionise the customer experience.

Not only would this be a crying shame for the public, it would be a huge missed commercial opportunity for the big banks. As smaller entrants like Monzo, Starling and others compete for credibility and critical mass, our large financial institutions are in a brilliant position to use their scale to their advantage. Fear of regulation is no longer an excuse – with insurgent players like Cleo and Moneybox cleverly walking the line between consumer education, spending insights and true financial advice, there’s a great opportunity to give the hassled hard workers their money confidence back. 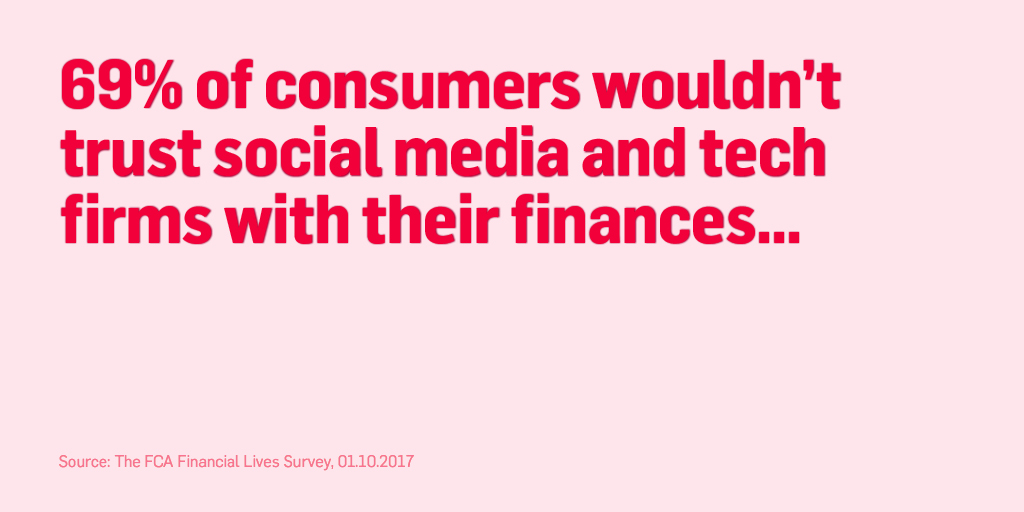 Advantage to the big banks – but for how long?

A survey of more than 2,000 respondents in late 2017 found that online retailers, tech firms and social-media companies face an uphill battle to expand into the financial services sector, with 69 percent of consumers saying they would not share their bank account information with these third-party providers[7]. This reluctance to trust new entrants provides marketers at the established players with an important opportunity to change the narrative in their favour. But the window of opportunity is closing – as the new entrants build up the required brand saliency and consumer trust, the in-built advantages that come with size, scale and massive brand awareness will be eroded.

We believe that taking advantage of this opportunity will require bravery and ambition. The bravery to stand out from the crowd, and treat the sharing of information as an opportunity, rather than as a threat and the ambition to make a genuine difference to ‘hassled hard workers’ working to improve their financial health.

1. Embrace radical transparency: Make it easy to see my whole financial world in one place.

2. Make smart decisions for me: Automatically move my money around to help make the most of it, across all of my accounts.

3. Make more of what I’ve got: Help me access ‘locked-in’ investments when I really need to.

4. Demystify the future: Help me visualise and plan for my financial future.

5. Pay it forward: Help me and my family to get the most out of all of our resources.

It won’t be easy. Unlocking this opportunity will require deep customer insight to ensure that the propositions developed will make a genuine difference. In addition, marketers will need to demonstrate commercial and strategic rigour to ensure it represents a true value creation opportunity for their institutions – as well as the creativity to bring it to life for consumers.

But for the bank or building society that demonstrates the bravery and ambition to get this right, the rewards will be enormous.

If you’re interested in learning more about how to build brand and marketing strategies that solve the challenges faced by Britain’s hassled hard workers, then please get in touch.

[4] Source: PLSA – Almost half of generation x look to property to finance retirement – including nearly two million who have yet to climb onto the property ladder

[5] Source: PLSA – Almost half of generation x look to property to finance retirement – including nearly two million who have yet to climb onto the property ladder

Any cookies that may not be particularly necessary for the website to function and is used specifically to collect user personal data via analytics, ads, other embedded contents are termed as non-necessary cookies. It is mandatory to procure user consent prior to running these cookies on your website.